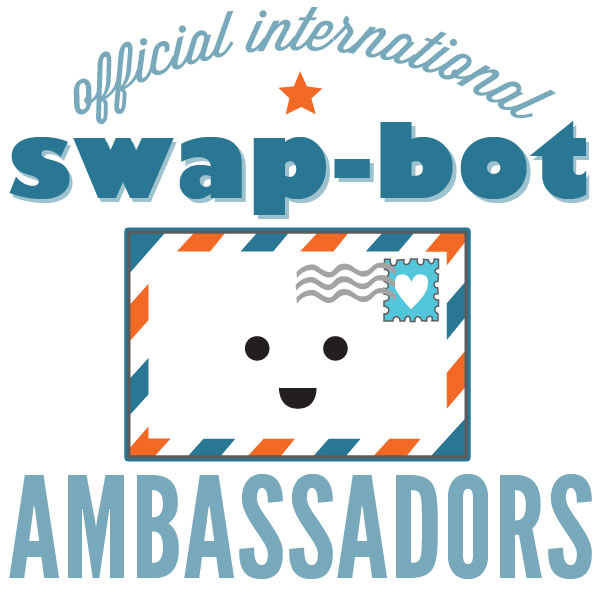 When we first announced the Swap-bot Ambassador program, we weren’t sure how much interest there would be… but we definitely received more applications than we anticipated! Thank you so much to everyone who applied. It is so thrilling and heart-warming to know that we have so many enthusiastic Swap-bot users!

I wish we could have accepted all of the Ambassador applicants, but since the program is just starting, we had to keep the list manageable. We based our selections on each applicants’s swap history, the age of their Swap-bot account (it had to be at least a year old), rating history, their region need, and their written application.

I am so excited to introduce our very first class of Swap-bot Ambassadors!

Congrats to all of our new Ambassadors!!

Starting tonight, you will see this graphic at the top of each Ambassador’s profile page:

Swap-bot Ambassadors are responsible for spreading the word about Swap-bot, distributing Swap-bot swag, and being engaged, friendly, helpful members of the community. In the coming months, we will be introducing each Ambassador individually on the blog. Look for the first introductions starting next week.

Missed the Ambassador application deadline? Didn’t get selected this time around? Never fear, we hope to keep expanding the Ambassador program and will be calling for new applications in the future. Stay tuned!